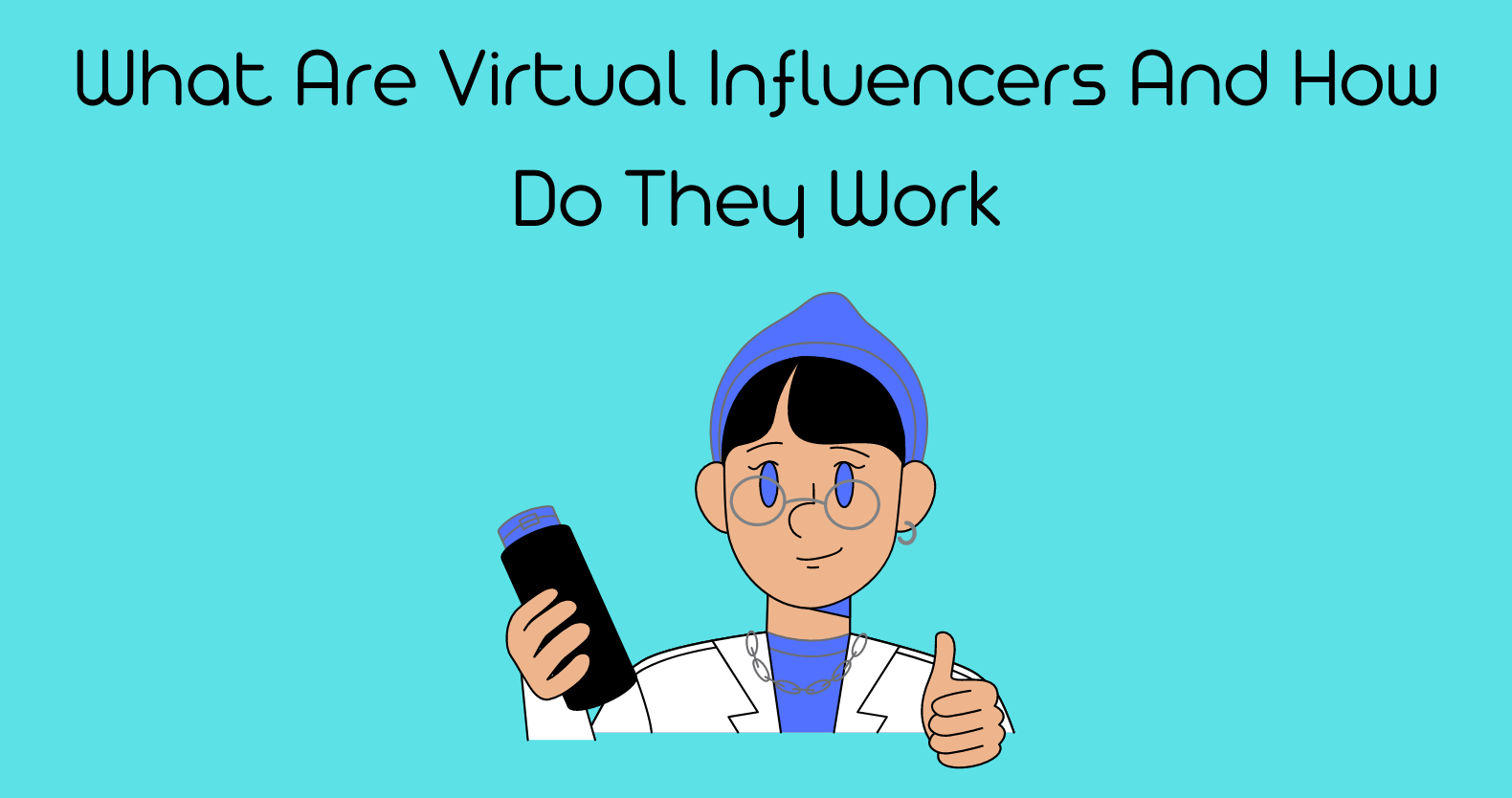 Influencers are more popular than ever—the worldwide influencer marketing sector is expected to expand by $13.8 billion by 2021. However, influencers are not without flaws. They are prone to controversies and burnout. So, what would it imply if you could affect an influencer’s story and behavior? This is when the virtual aspect comes into play.

Virtual influencers are a growing trend in the world of influencer marketing. They are not real individuals, but rather characters whose personalities and actions are fully created by teams of AI and marketing specialists. While the concept of virtual influencers may sound futuristic to some customers, increased interest in them may lead to a shift in where consumers focus their attention.

With major advances in engineering, science, and artificial intelligence, it’s no surprise that bots or virtual influencers are today’s buzzwords. With billions of social media users around the world, brands have explored and continue to seek inventive ways to stand out from the throng.

While running into a robot on the street or sitting next to them in a restaurant may be something that happens in hundreds of years, Human 2 Robot (H2R) interaction is expanding rapidly via social media today. What’s the best part? Both brands and followers are excited by their involvement!

What Are Virtual Influencers?

Virtual influencers are computer-generated characters with realistic, human-like features, attributes, and personalities. They are also known as digital avatars, CG models, or digital characters. Some are more lively in nature, with Barbie being one of the world’s most prominent virtual influencers.

Even if they don’t exist in our actual world, these social media influencers live ‘realistic’ lives. It’s almost as if someone from a parallel universe has come down to live in the real world. The main difference is that these digital avatars aren’t all around the world curating their Instagram feeds.

Instead, a crew of designers, painters, and writers is hard at work creating and managing these artificial creatures that speak, move, and seem like real people. Virtual influencers appear to be genuine people. Even though they aren’t really human, they are intriguing and pretty striking.

How Do Virtual Influencers Work?

Of course, virtual influencers do not ‘exist’ in the classic sense of the word, so how do they function?

Behind each of them are brilliant inventors – brands and individuals with a great eye for technology – who choose to stay anonymous. They are in charge of expanding their Instagram platforms and shaping these virtual personas into the internationally recognized influencers that they are swiftly becoming.

The producers pick how they seem, dress, and act. On Instagram, they also choose who they hang out with, date, break up with, and cooperate with. The best part is that they get to retain the money that these influencers make from brand deals.

The influencers are then edited onto any backdrops the makers like. So, if they’ve produced the type of influencer that enjoys traveling, all they need is a high-resolution backdrop image of some exotic destination, and the virtual influencer can cross it off their bucket list.

How They Are Made?

The majority of people, particularly followers, are eager to discover how to become virtual influencers themselves. Developers and designers use computer graphics tools to construct virtual influences like they do with most other digital works and animations. Cinema 4D, Unreal Engine, Adobe Illustrator, Adobe Photoshop, and Lightroom are just a few of the well-known apps used in the pipeline of digital avatar creation.

How Do Brands get Benefit From Virtual Influencers?

Are you still with us? It’s okay if you aren’t; it’s a fairly weird concept to wrap your brain around. However, it is something that we should all be aware of because these types of influencers will be featured in an increasing number of our favourite firms’ marketing initiatives in the future.

Nobody should be more aware of this trend than firms wanting to remain ahead of the curve and reach out to a completely new type of consumer.

Some of the most prominent virtual influencers have already surpassed the million follower mark, demonstrating that people all around the world are fascinated with their ‘life.’ In fact, virtual entities appeal to 54% of all UK consumers on some level.

As with ‘real influencers,’ firms that choose to collaborate with these virtual faces will have access to large audiences and a plethora of benefits.

Another appealing feature for brands is their adaptability. Brands will have more control over their collaborations thanks to virtual influencers. For example, if a real-life influencer makes a mistake, it can be difficult to address, often necessitating re-shooting, causing the campaign’s debut to be delayed. When it comes to virtual influencers, the error can be easily wiped and corrected in a matter of minutes.

Like most things in life, it takes someone to test the water before others jump in, and the virtual influencer trend is no exception.

How to Become a Hair Influencer

Some brands have begun to dabble in this futuristic mode of marketing. Renault has established their very own virtual ambassador, Liv, who was presented to us in their current television commercial – a pioneering move that many are sure to replicate soon. Designers such as Dior, Coach, Balenciaga, and OUAI are just a few of the brands that have collaborated with rising virtual stars.

The Rise Of Virtual Influencers:

Influencers have become an important aspect of our life. They have large followings, and many of them make a living by marketing products and services. One thing you may not realize is that some of these Influencers are not even actual people. They’re not real. They also have a significant amount of followers. But what exactly is it all about? Is the whole thing expanding?

Virtual influencers can assist market companies in a variety of ways, and it’s getting increasingly difficult to tell them apart from real people as online content grows more airbrushed, polished, and manicured. Regardless of their often bad associations, digital items are gaining popularity due to interest in NFTs and other trends, so whether you like them or not, they are here to stay.

In a recent study conducted by The Influencer Marketing Factory, 1000 Americans were polled on their opinions on the subject.

No, not quite. Full acceptance is still a long way off. The study basically questioned participants if they had ever purchased a product advised by a virtual Influencer. And 65% of those polled stated they hadn’t.

When the researchers inquired as to why they had not purchased, 51% just stated that they were ‘not interested.’

That is actually very beneficial to the virtual Influencer sector. Wanting to buy from a genuine person, for example, was not a compelling reason to refrain from purchasing. Simply not being interested means that the sales process here is fairly similar to ‘regular’ sales. Buyers may be uninterested in the product for a variety of reasons.

How to Become a Micro Influencer on TikTok

What Are The Benefits Of Using Virtual Influencers?

There Is No End To Their Reusability

One of the primary reasons for developing virtual influencers is to save marketing expenditures. This, however, should come as no surprise. After all, we’re all too acquainted with automation displacing people’s employment. VIs are merely the most recent iteration of the automation trend.

These CGI entities do not need to be compensated in any way. You may even program them to thank you for providing them with “life.” In the long run, celebrity endorsements are far more expensive than establishing and popularising a fictional being. The latter does not age and can be utilized indefinitely as a tried-and-true marketing strategy.

They Aid In Omnichannel Marketing

Because virtual influencers are, well, virtual, the creator has complete control over them. Unlike real people, VIs’ activities can be carefully tuned to best suit the creator’s aim. When hiring a celebrity or popular figure, however, a corporation must consider their comfort, anxieties, and exhaustion.

For example, they may deny performing a specific scene, wearing a specific outfit, or visiting a specific location. A CGI character has no such personal goals or requirements. They have the authority to say and do whatever they want, whenever and however they want. They don’t get weary and can be in numerous locations at the same time, performing various concerts and activities. All of these benefits contribute to increased user engagement and retention.’

Confrontational? Not So Much!

The more closely a company’s brand image is related to a celebrity, the greater its influence on its success or failure. For example, if a public figure receives poor coverage as a result of recent controversy, any companies associated with them will experience the same backlash.

Virtual influencers, on the other hand, are a safer option because any publicity stunt they undertake is meticulously planned before being aired. Any information fans obtain about them is deliberate; it is essentially a plan devised by the development firm itself. This helps to ensure that the media always portrays that figure in a favorable light.

How RAV.Ai can help you become a successful social media influencer?

If you want to become the next social media influencer, there’s no better way than using Rav.ai! This AI-based platform will help build your following on all major platforms in just minutes and give insights into what makes them tick so that every post resonates with their audience more effectively – which means faster growth rates too!.

With this service at hand (and without having ever created any content before), it takes very little time for someone who has never Germinated A Plant To Be An Instagram Star !!!

What is meant by a virtual influencer?

In marketing, a “virtual influencer,” sometimes known as a “virtual persona,” is a computer-generated fictional figure that can be employed in place of human “influencers,”, particularly in social media marketing.

Who is the most popular virtual influencer?

How many virtual influencers are there in the world?

According to Virtual Humans, a website that tracks them across many platforms, there are more than 150 virtual influencers on social media. 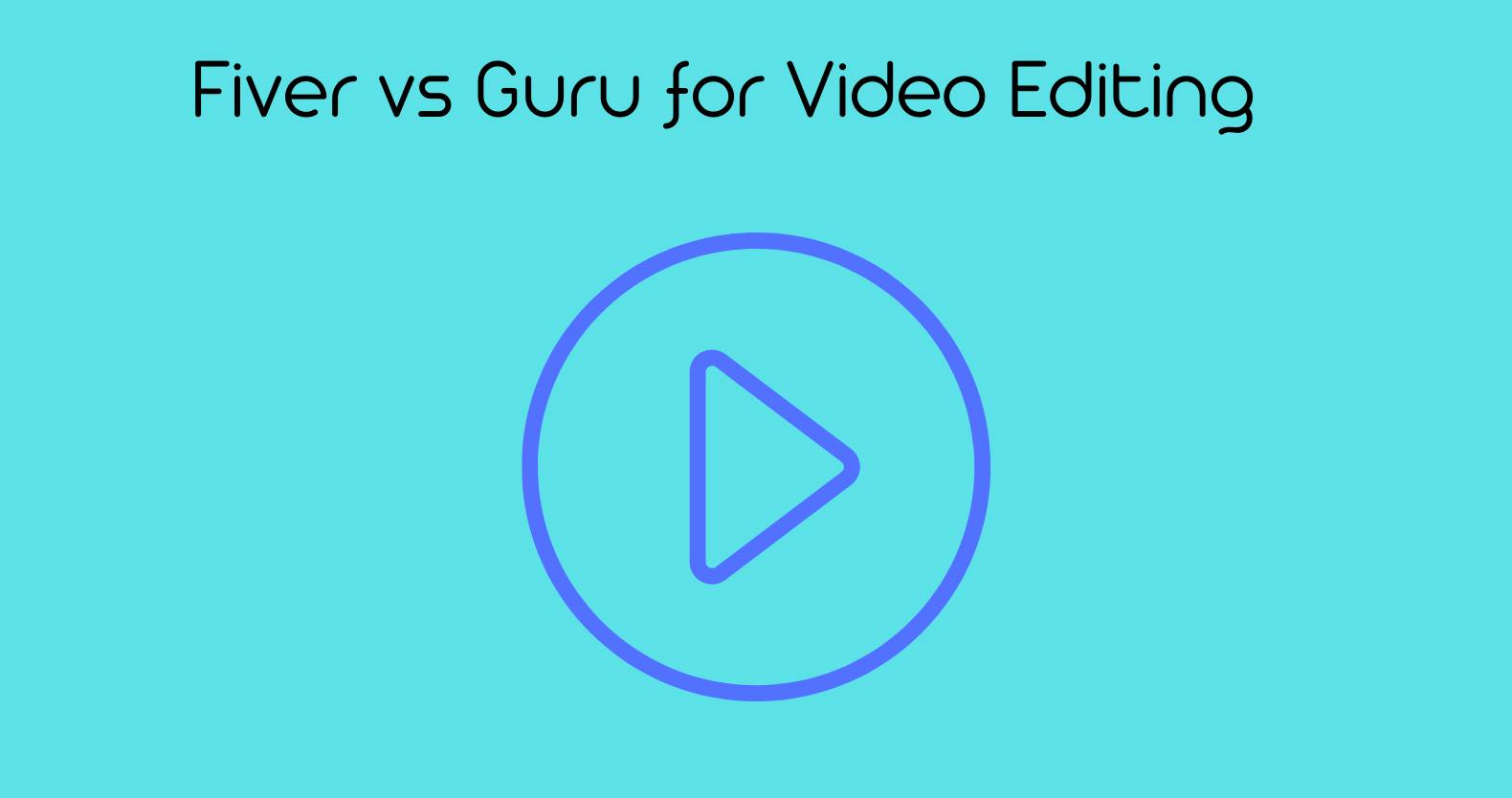 Fiver vs Guru: Which One is Best Service for Video Editing in 2022

If you’re a video editor, you know that finding the right work can be tough. You might have tried out platforms like Fiverr and Freelancer, but haven’t been thrilled with the results. Why? Because most of the jobs on these platforms are for small projects- and video editing is not a small project. That’s why […] 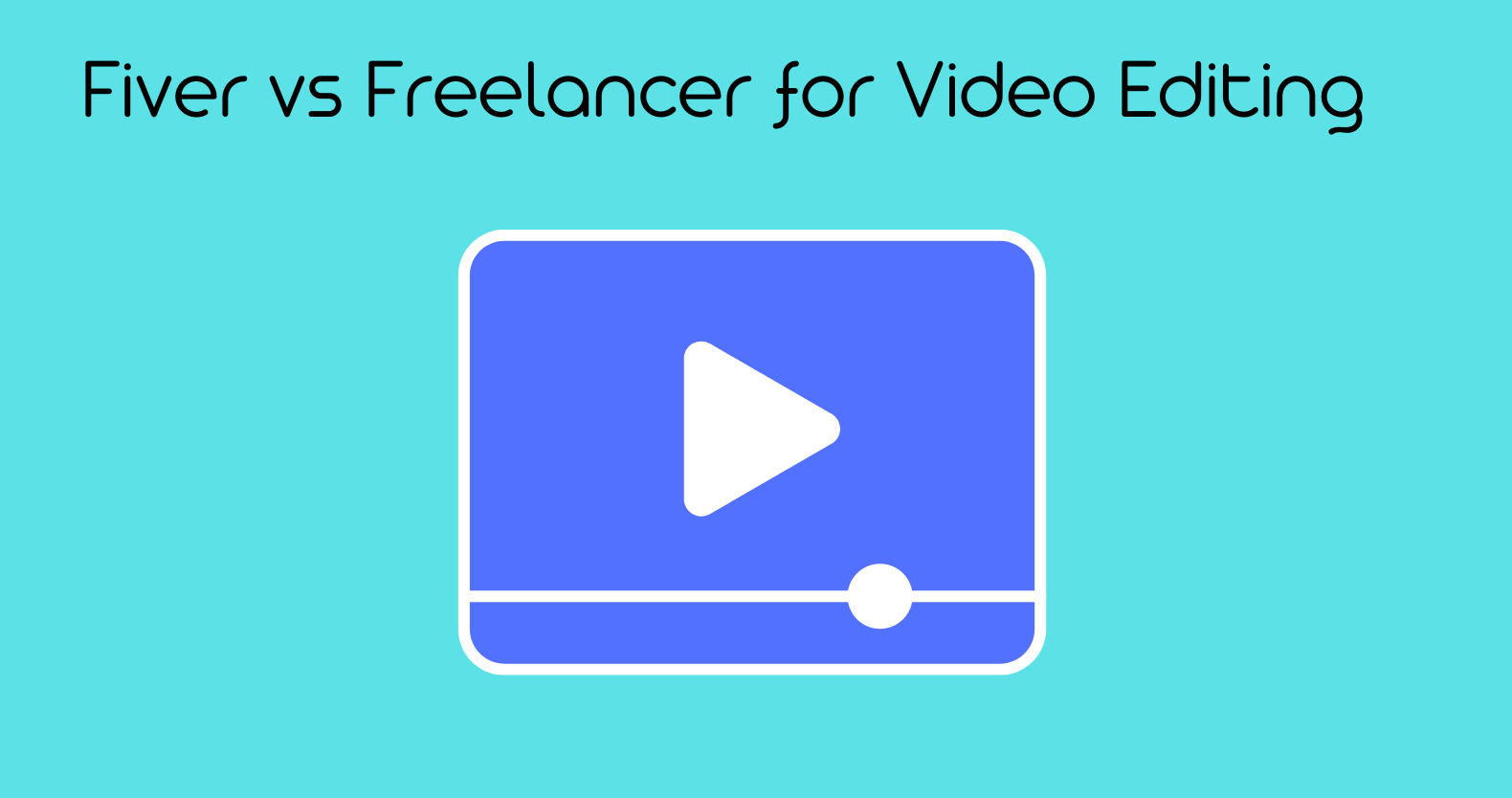 Fiverr vs Freelancer: Which One is Best Service for Video Editing in 2022

When you need a video edited, who do you turn to? If you’re like most people, you probably think of fiverr or freelancer. But which one should you choose for your project? In this blog post, we’ll compare the two services and help you decide which the best fit for your needs is. So read […] 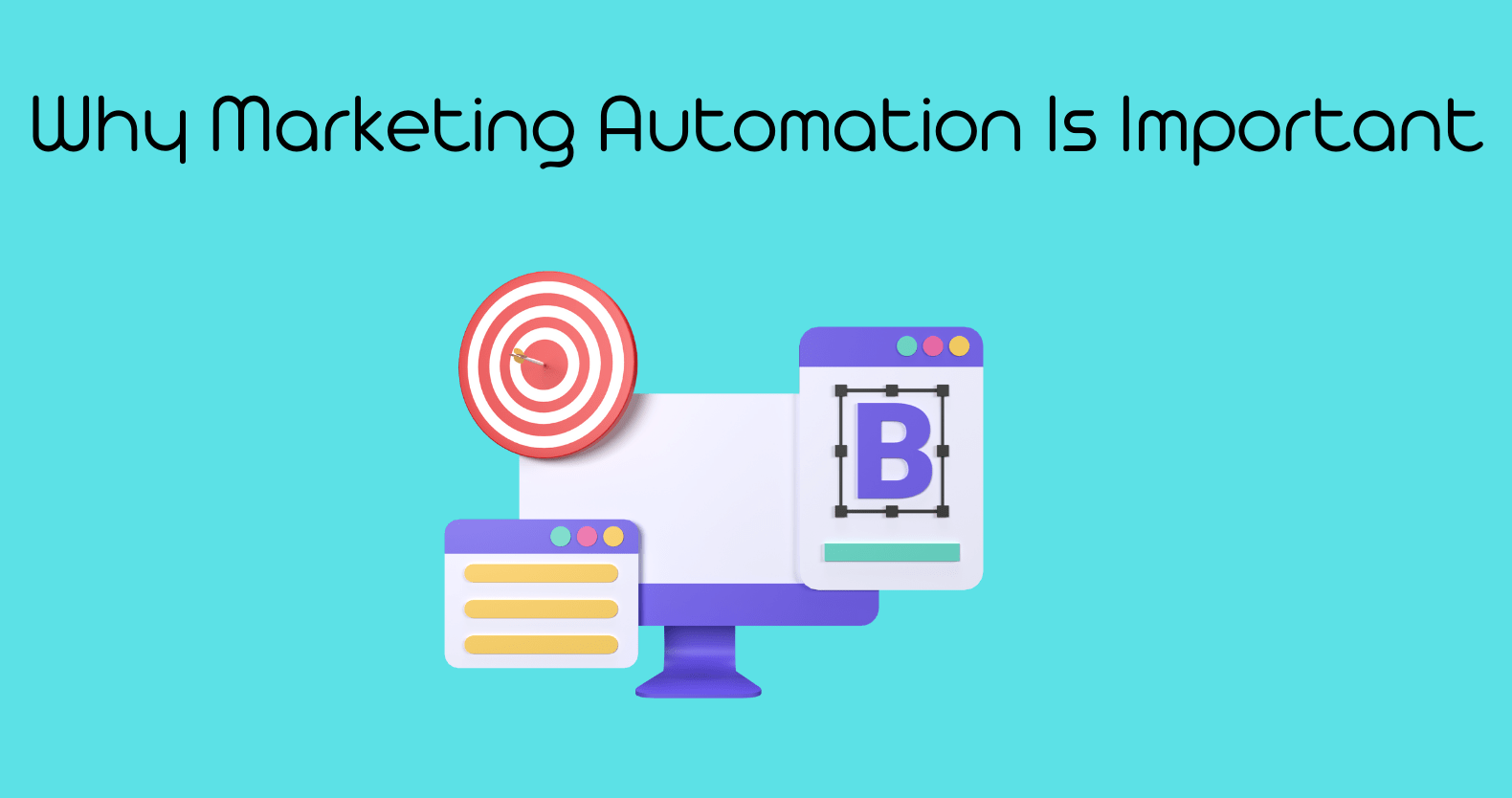 Why Marketing Automation Is Important

Digital marketing is one of the most important skills that any business owner or entrepreneur can have. It’s the process of creating and managing digital marketing campaigns to promote a product or service.  There are many different aspects to digital marketing, and it can be overwhelming for beginners. But don’t worry – we’re here to […]